My Major Project consists of a collection of narrative jewellery made with conventional techniques and tools, which will describe the atmosphere and the daily life during communism as I witnessed and researched it. Thirty years since Communism fell, people still play with Marx’s ideas, communism doesn’t look that bad for some, and we still carry the burden of the past. Our silence feeds the indifference and the ignorance.

I recreated the communist atmosphere, identifying few very specific elements, symbols of the daily life during communism, which are common and recognizable, present in most of the written or visual sources: the people, the queues for goods, the bags as permanent accessory, the buildings, the same grey apartment blocks all over Eastern Europe the people, in their most common hypostasis, randomly walking down streets carrying a bag, obsessed with finding some food. Because the photos of the time, even only few, are so powerful, heavy and uncomfortable, I try to reproduce them with fidelity, creating objects similar to a fresco, with the same purpose, keeping alive the memory of those times.

I had to add the absurd dimension of that regime, the way we lived beyond normality in so many ways and the fact that we got used to it and adapted to it that was even more unnatural. I decided to make the grotesque people, with concrete heads or bag heads, people who became pressed by the hard way of living.

I’m a narrative jeweller, I’m interested in people and I’m inspired by books. In a time when scaffolding was everywhere due a permanent and endless construction of socialism (the communist party’s goal, which was supposed to explain all the bad and weird decisions from massive demolition to food rationalisation), the only support that we had were our families, few friends and the books. The books were our real scaffold. The books which I remember were not new, since we borrowed them from each other, even copied them sometimes. I made the books look fragile and old. I create compositions using the scaffold suggestion.

Jewellery making helps me to express my ideas and feelings and, as Liesbeth Den Besten said, contemporary jewellery is not „only there to adorn a person for the sake of the wearer’s enjoyment or to show their wealth, but to transmit meaning or content similar to the way that fine art does – with one difference: that it is worn by a human on the body.” Who is going to wear my communism inspired collection is not a simple question, and my hope is that I will reach the people who think and feel alike. They might not want to wear the jewellery themselves, but they will listen to the story and learn that the story of Eastern European Communism was not a simple one. Moreover, they will also learn that this is also recent history that concerns us all, and the consequences of which still affect us today.

My aim is to provoke and make people ask questions and get interested in the story. And the story is not nice, it is heavy, uncomfortable and absurd. So, the jewellery look heavy, uncomfortable, strange, to make people stop, look, ask and think. I haven’t made it all rigid, and frozen in time, some parts move and have flexible articulations, which enable the wearer to play with the piece and constantly remember what it stands for. 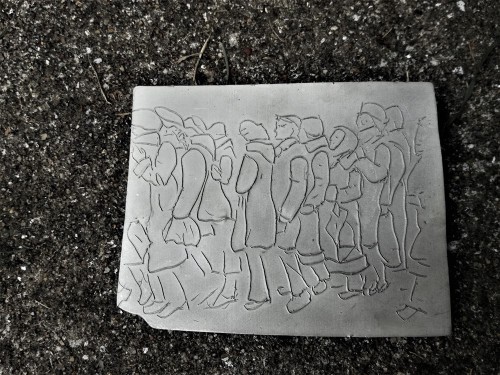 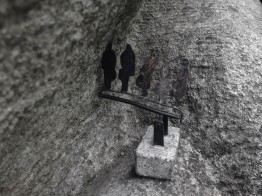 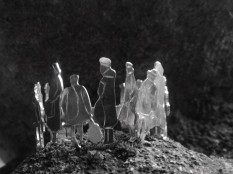 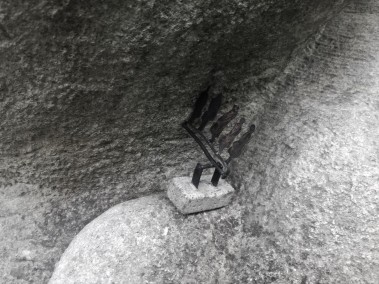 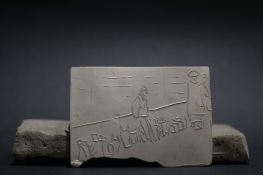 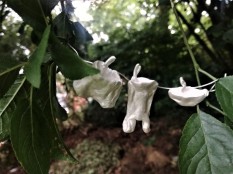 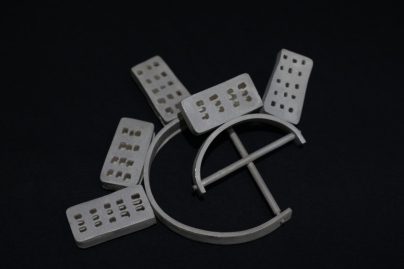 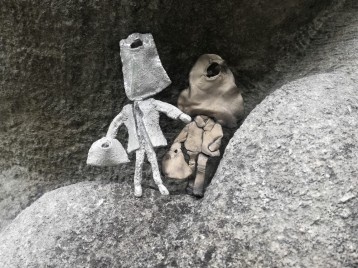 look for a needle in this haystack

This is a text widget, which allows you to add text or HTML to your sidebar. You can use them to display text, links, images, HTML, or a combination of these. Edit them in the Widget section of the Customizer.

My Collections My researches The Communism as I remember Uncategorized